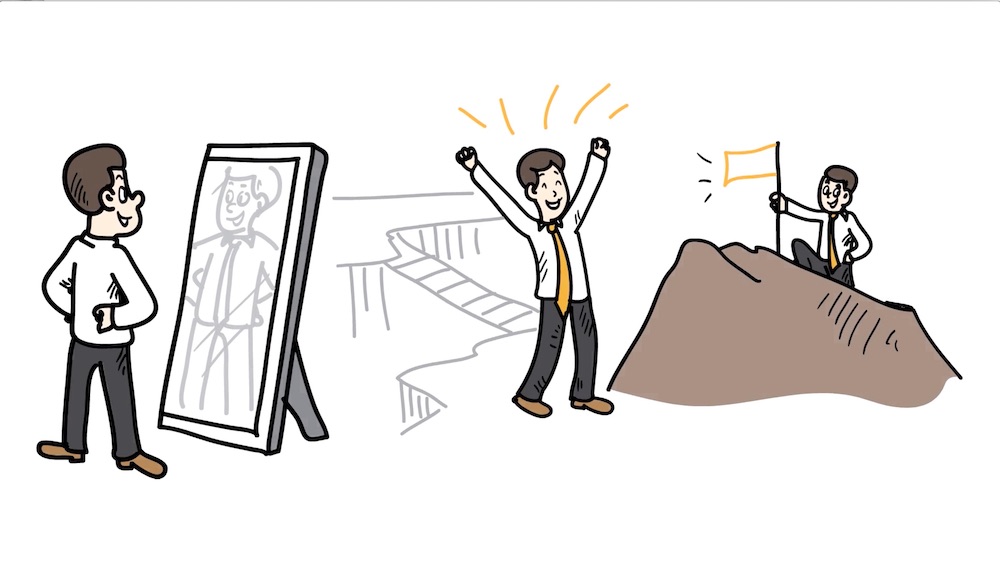 Most types of how-to and explainer videos are created to teach the viewer how to do something specific or to explain a specific concept that can’t accurately be summed up in a short, general-purpose video or a “talking head” vlog.

We all know there are millions of video ideas floating around. While business-related videos should serve to connect with a customer, and strengthen that relationship or convert a potential customer into a buyer, most types of how-to and explainer videos don’t look like standard video marketing ads. They usually lack an obvious advertising pitch, a call to action or a lot of promotion language because most people who are looking for a video to explain something or to answer a specific question do not want to sit through a sales presentation.

The most important considerations to keep in mind when creating any type of how-to and explainer video is to:

In general, there are essentially six basic methods for creating an animated how-to and explainer video. If you’re looking to create one for yourself or will be hiring a freelance video creator to produce your explainer video through a freelance marketplace, consider the following popular methods that are proving very popular and effective right now along with some great examples:

Think about an infographic – it’s usually one single image in graphic format, but it doesn’t move and stands stagnant. A motion graphics explainer video creates moving graphics and strings them together with effects in order to convey a message.

These explainer videos often rely heavily on voiceovers. The graphics in the video help to illustrate a point, but the voice is the real bread and butter that informs audiences of the more specific details.

Here is an example of a motion graphic-styled explainer video:

Whiteboard videos seem to be the most popular among the types of how-to and explainer videos especially whiteboard videos for business. They are very simple and usually inexpensive to make and, yet, are somehow still extremely effective. Instead of creating another world within an advertisement, whiteboard videos focus on a hand or even an invisible entity drawing on a white surface – thus a whiteboard.

Other similar versions of these videos include chalkboards or notebook paper. Essentially, any video that utilizes “hand-drawn” effects on a surface can potentially be considered a whiteboard video.

Here is the first version of my own InnerJam whiteboard video:

Yes, I know… not our best effort but it explains the concept I’m trying to make.

Typography by itself is simply text pasted onto an image. Kinetic typography, however, is text that has movement and is included in a video format. These types of videos usually come with voiceovers that speak the text as it flashes, appears and moves on the screen.

The purpose of this method is usually to give consumers a one-two punch of memory recall. Not only do they absorb the words aurally, but they also see them visually, but this also allows for better retention.

The ever-popular music group Maroon 5 created a fantastic kinetic typography video for its song Sugar… not an explainer or how-to video but the example perfectly explains our point (see what I did there?)

This one is very simple in concept but usually expensive to produce unless you use one of the many online or cloud-based apps that are available now. Just like you see animated cartoons on TV, these explainer videos utilize 2D animation to get a point across. These can act as skits or fall more in line with motion graphic videos where the voiceover gives more concrete details while the cartoon offers an illustration of the point. Here is an animated video created using popular animation software, GoAnimate.

Another extremely simple way to develop an explainer video is through screen capture. This form of explanation utilizes a computer and a video capture service that films the computer’s screen from within. Depending on the video script itself, the video capture then films the user typing, clicking and opening files that help make up the explainer video.

Here is a fantastic example of using the screen capture method to create a how-to video by SoftwareMedia.com:

If you want to go for a really high budget video, stop motion is the way to go because stop motion videos are the most complicated types of how-to and explainer videos to make. These videos take a lot of time and effort because of the tough animation style – on average, stop motion feature films take much longer to produce than their CGI or hand-drawn relations. The same is true for explainer and how-to videos.

The method for making a stop motion explainer video is to set up inanimate objects or creations, filming them and then moving them one frame at a time. When the frames are edited together smoothly, it looks like the objects are moving on their own. Personally, I like the lego stop motion videos the best. This example is the result of 1500 hours of moving LEGO pieces around and photographing them:

There you have it… the most popular types of how-to and explainer videos most popular with our marketplace buyers right now.

How Do I Get My Videos to Rank Higher on Google? The 9 Secrets of Video SEO 6 Reasons Why Hiring a Freelance Video Professional is Better for Small Bus...
Scroll to top